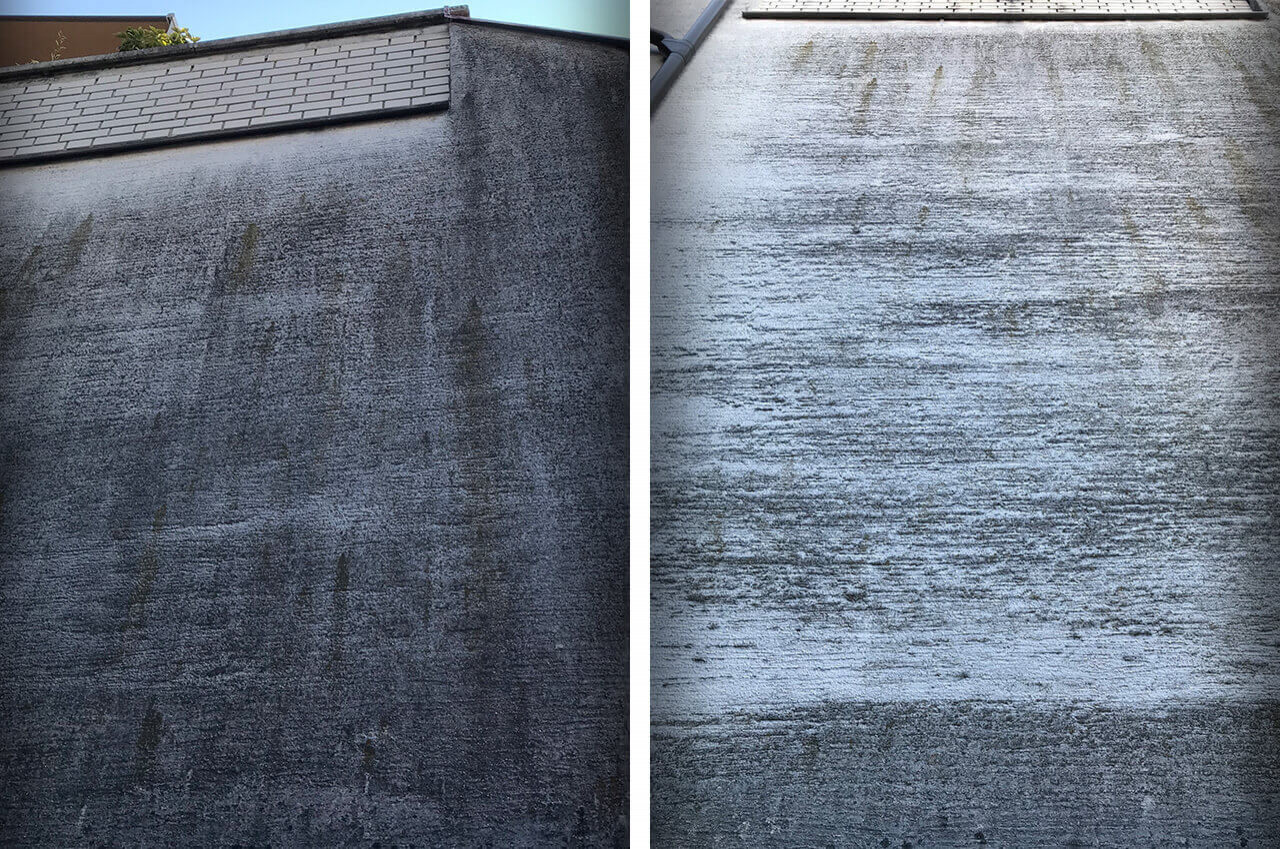 The growth of microorganisms on a façade is influenced by several factors: the immediate surroundings of the building and presence of vegetation and water or moisture, overhead protection of the façade e.g. with a canopy, proper drainage, and sun exposure. The structure and absorbency of the final façade layer also have an important effect. A rougher surface provides algae with more food and better adhesion, while a more absorbent surface retains moisture for a longer time, which creates the conditions necessary for the growth of microorganisms.

Even when all sides of a building’s façade are made of the same material, there can be a more intensive growth of algae and mould due to differences in humidity and temperature. The most vulnerable parts of a façade are the windy and northern sides, areas in the shade, and plinths. The growth of algae and mould on a façade is a sign of excessive humidity in the façade system. For the renovation, it is therefore important to choose a material that prevents water stagnation as much as possible. 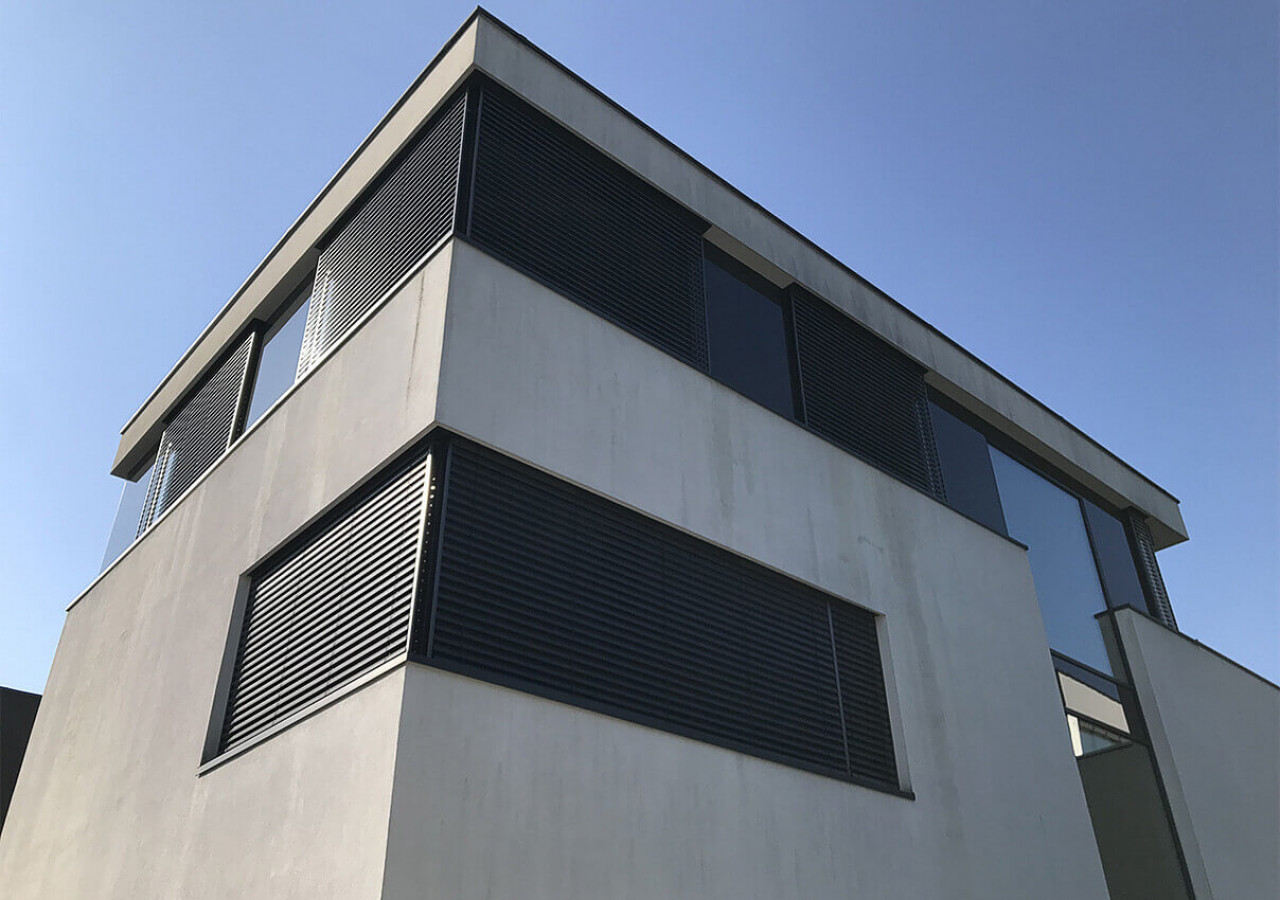 Removal of algae and mould on a façade

Any microorganisms on the façade must first be destroyed. We do not start to clean the surface mechanically by brushing and scraping, as mould spores are alive and can infect healthy surfaces. Using a brush, coat the façade surface attacked by mould or algae with the diluted biocidal agent SPEKTRA SANITOL, in a single application. You can also spray it on the surface with a low-pressure sprayer. During the procedure, we recommend using protective gloves and, in case of spraying, also eye and respiratory protection.  The biocidal product can be diluted with water to a ratio up to 1:4, depending on the degree of contamination. For surfaces that are severely contaminated, you can repeat the procedure or use an undiluted product. Mechanically remove the mould, algae and peeling particles from the dried surface (after 12 hours) using a soft brush or even better, with hot water or steam under low pressure. Be careful not to damage the façade plaster. A surface prepared and dried like this is suitable for further renovation, as required (filling cracks, repairing mechanical damage…). Complete the procedure by restoring the façade with a suitable paint that lowers the moisture level in the finishing layer.

For better adhesion and equal absorption on the surface, first coat the surface with the primer SPEKTRA acrylic impregnation, followed by two coats of façade paint in your selected shade. We recommend any façade paint that already contains biocidal protection and enables high water repellency, to prevent stagnation of moisture on the façade. 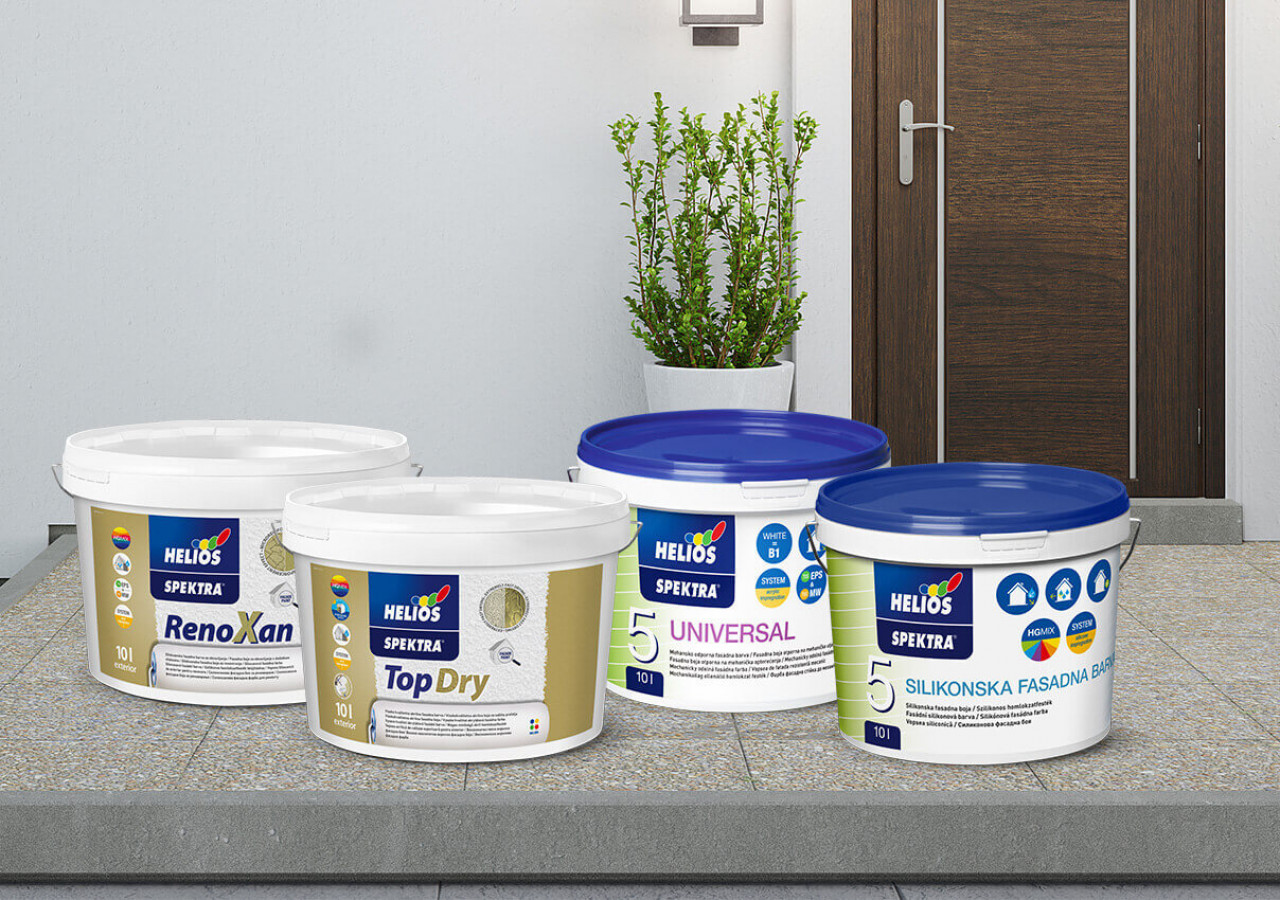 You can read more about choosing façade paint on the following page: https://www.helios-deco.com/en/tips-and-tricks/choosing-a-facade-paint-that-does-not-fade-over-time/